EKKO Mysteries has long admired hard working authors, which is why we started the EKKO Mysteries Author Spotlight Series, focusing on emerging authors and their stories.

Check out this awesome interview with Michael Kaye,
author of

Was there a moment or specific event that made you commit to writing?

Over the years, several friends, family members, and colleagues have told me that I should write a book.  I never took them seriously or really thought about it.  In early May, my daughter and I were talking about how she was the only student in her eighth grade social studies class that knew the figure on the U.S. debt.  After about twenty minutes of talking about the economy, she said you should write a book.
For some reason the next day, I sat down at my laptop and just started typing. Within three or four days, I had the first three chapters written.  When I showed my daughter what I had written, she told me that I should keep writing.  I was doubtful, so I decided to post what I had written to an online forum that I frequent daily.
It was not until I saw twenty to thirty users; several being self-published authors whose books I had read and enjoyed, all saying finish it.  That was the point in time that I decided I could write a novel.  Their replies gave me the encouragement to buckle down and crank out the novel.

What’s the title of your book?

The book is entitled The Awakening – Book 1.
It is the first in a series of post-apocalyptic war fiction that I plan on writing.

Where did the idea come from?

If you read The Awakening and knew me in real life, you would quickly realize the first three or four chapters are real conversations I have had with several C-level individuals at top financial firms.  Thus, John, the main character is actually me.
I guess I should give a synopsis about The Awakening.  The main character, John, is the owner of an IT consulting company.  After having several discussions with C-level individuals of leading financial firms, he learns about the potential of the U.S. having an economic collapse.  The plot continues with what steps John takes to prepare himself and his family, the challenges he faces, and then the collapse actually happens.
In real life, this is almost a mirror story of my life.
In 2005, I started an IT consulting company after meeting the chief operating officer of a top 100-asset management firm at a charity poker game.  Three weeks after the charity event, I filed the legal paperwork to form my company and they signed on the next day to become my first of multiple financial and banking clients.
Two years ago, in several random conversations with multiple C-level financial clients and friends, I kept hearing the same thing by these different individuals.  They all are essentially saying the same thing—the dollar will eventually collapse, we cannot sustain our spending levels because of the mounting debt levels, OPEC has been considering pricing oil in a secondary currency, and China is moving strongly to battle the U.S. dollar as the world’s reserve currency.  At the time, I was not completely aware of everything they were discussing, which led me to start learning about macroeconomics, currency wars, and currency swap deals.
My conclusions after eight to nine months of constant reading on the subject now reflect the same concerns that my clients stated to me.  That there is a great concern that we all need to be aware of in regards to our economy and the actual potential for the U.S. dollar to be replaced as the world’s reserve currency. Naturally, these concerns led me into taking steps to become prepared in case this actually happens.

So am I a crazy doomsday prepper?  No, but am I prepared?  Yes.

What genre does your book fall under?

The Awakening is a post-apocalyptic war fiction novel.

How would you describe the pace of the story?

I will admit that the first few chapters start out slow.  I did this somewhat intentionally, however, because I wanted to provide as much viable real financial information about the US economy, currency swap deals, and a clear understanding how being the world’s reserve currency as enabled the U.S. to acquire the largest amount of debt in the world. When we have a full generation not understand simple financial understanding—as denoted by so many buying houses they could not afford unless they used interest only loans.
I wanted to try to provide insight into the financial system to the readers, with hopes of opening a few eyes while the read.  In addition, I read three to four books a month on wide varieties of subjects, and something I vary rarely see is a decent amount of background information that gets the plot rolling, this is especially true in the post-apocalyptic genre.  It is typically “BANG” an EMP hit the U.S. and now the grid is down or “with the U.S. in financial ruins, our hero heads out to survive.”

Once I finished presenting the financial information, the pace of the plot picks up must faster.  The reason for this is that in real life an economic collapse could happen very fast, practically overnight.  Although we have slowly been moving toward the cliff’s edge, once we hit the point of no return, it will be like an uncontrolled train barreling full steam down a curving track.  To sight examples, you can look at Argentina and Russia – it was like flipping off the light switch for them when their currencies collapsed.

Which actors would you choose to play your characters in a movie?

I have never thought about ever turning this book into a movie.  If, an author agent that specialized in movie deals approached me, and I was fortunate enough to land one, I do not think I would care too much who played what role as long as the storyline remained intact.  The characters in the book are just your everyday Mr. and Mrs. Joe America, so I would not want some action hero like Jason Statham or Mark Wahlberg playing the main characters.

How would you describe your book in one sentence?

Is it fiction or is it the future, you decide.

Self-published, published, or represented by an agency?

I self-published The Awakening, however if I had the chance to be represented by a publishing company I would definitely consider it for the future books in the series.

How long did it take you to write the first draft of your manuscript?

From start to finish, including taking two weeks off in July – it took just under three months to finish The Awakening.

What books would you compare The Awakening to?

There are several great books in the post-apocalyptic war fiction novels out there.
Ones that I particularly enjoyed reading are: the 299 Days series by Glenn Tate, Grid Down series by Bruce Hemming, as well as One Second After, and Lights Out.

What was your inspiration for this book?

Once I had started writing, I think what inspired me to keep writing was just a goal to try to inform or “awaken” more people to the financial mess we are in as nation.  Although, in the book, I do delve into politics trashing a similar current administration, the mess we are in is based on several generations of leadership from both sides of the fence equally.
How many people can tell you this fact: In the past fifty years, the U.S. government has only had six years of balanced budget and of those six years all of them had a surplus.  Think about it, forty-four years of having a government run a deficit and now we are quickly approaching $17 trillion in debt, and that doesn’t count the $80 trillion of unfunded liabilities the government owes itself a variety of funds and departments.

During the second half of the book, I start discuss different preparedness topics, including making a solar cooker, canning for food preservation, creating a smoke house, etc.  The solar cooker was actually a science project my daughter had to complete in her eight-grade class.

What is your favorite response from a reader?

I just received my thirty-seventh five star a few days ago.  The title was “One Scary Ass Book” and to quote part of the review:

I was reading this book shortly after the government shut down in early October.  With all the mass shootings during the last few years, coupled with the anti-gun mentality running rampant across the nation, and then the government shutdown with the country about to default on it's debts, this book was just like reading the headlines and listening to the talking heads on TV news!  Deja-vu all over again!!!

Seriously, this is a great novel.  It has a plot that is highly probable and a cast of characters that are very well developed.  The author has a solid grasp of the financial inner workings of the world's economy.  This book is scarry.  Period!


What can we expect in the future from an author like Michael Kaye?

I am currently a third of the way through Book 2, which will be called The Initial Shock.  After that is complete I am sure there will be a Book 3.  I am also tossing around the idea of writing a non-fiction economic or political book as well, but again that is just an idea being toss around right now. 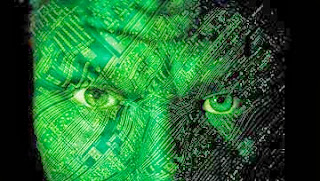 Discover more about The Awakening at the following places:

You can find The Awakening at Amazon
Also, you can visit the website at http://www.michaelkayebooks.com

Email ThisBlogThis!Share to TwitterShare to FacebookShare to Pinterest
Labels: Interview with Michael Kaye