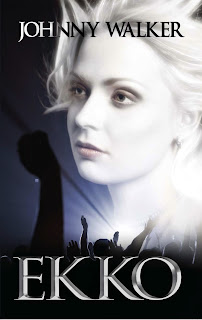 Ten years ago today, October 6, 2006, EKKO was picked up by a publisher in Baltimore. My good pal Joey Porter witnessed the contract and I was launched into fame and riches. Sort of. It took a while but I eventually discovered they weren’t the most reliable of publishing houses. Seems books were selling while the checks were dwindling. It took five years to get out of that contract, but EKKO eventually broke free of the shackles.

In May of 2010 I lost my job, and that’s when I decided to go full steam with EKKO. Following the advice of my first editor, I started developing EKKO into a series. The first book was rewritten, and I started outlining books two and three.

December 2012, I put a business plan together and got a partner, and as fate would have it I acquired the best partner any entrepreneur could hope for in Michael Palitz, who, with my enduring appreciation, decided to come on board. Together we structured the series, the music, and the future of EKKO, then put our noses to the grindstone. 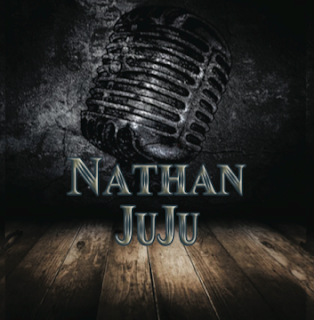 Somewhere in 2013, Nathan Juju became a larger part of the story so I wrote some songs that E, the lead singer, would want to sing, (we’re pretty good pals, he and I) and I was lucky enough to acquire some incredible musicians [Tim Thompson, Halley DeVestern, Ted Stafford, Dirk Kennedy] to help with the recordings.

In December 2014, as technology advanced, we followed suit and built the Multimedia books, housing the 1000 page EKKO Trilogy, and featuring the music of Nathan Juju. 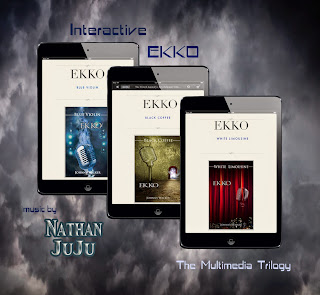 May 2015, we took EKKO to the monster of all book fairs, BEA, held at Jacob Javits here in New York City. We pimped the Paperbacks, eBooks, Multimedia Books, Nathan Juju CDs, and oh yeah – buttloads of candy.

July of 2015, we got a film option (I’m sure it was the candy) and began developing EKKO into a movie. Now, you didn’t think this would all be so smooth – did you? Of course not. As fate would have it, that movie deal turned out to be, hmmm, not so swell. Seems EKKO ended up at the racetrack with Uncle Vinney. (Thanks Hollywood) 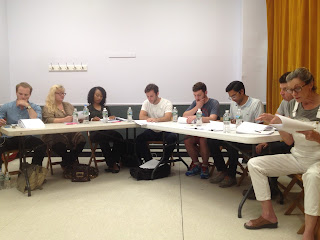 Jan 2016, we restructured and were lucky enough to have Brooks Crudup come on board as a writer, and together he and I wrote the first two episodes of the  EKKO series. With the help of our amazing Line Producer, Gary Lowe, we have a budget and the series is moving in the right direction. (And yes, every bit of encouraging feedback from the industry makes my ghostly heart skip a beat.)

Last month we opened Talisman Productions Inc, our own production company, to handle the legals, logistics, and production of the EKKO Series. 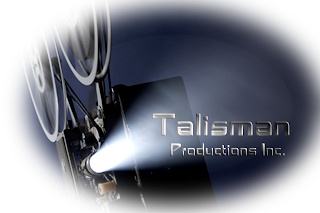 I may have missed a detail or fifty in that ten year recap, but suffice it to say EKKO has taught me to be an engineer, to drive this train through thick and thin, to stay true to something I believe in, and to remain true to those who support us.  As all of this comes together, I speak for the team when I say we are dedicated to leaping over the approaching hurdles and will stop at nothing to bring EKKO to your living room.


None of this, let me repeat that, NONE of this would be possible without the support you guys have shown over the years. You are the true backbone of EKKO, and with every ounce of appreciation we have, we want to THANK YOU!

Now get out and enjoy this Fall weather!

My very best to you and yours,
Johnny Walker