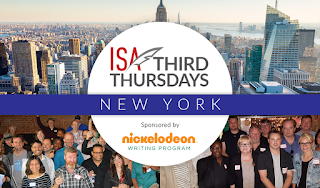 S. Casper Wong is an award-winning New York based filmmaker, technology lawyer, social entrepreneur, activist and Founder/CEO of OO Media. Her documentary feature debut, The LuLu Sessions, has won 10 international awards and nominations in every major category, including Audience Award, Best Feature Documentary and Best Director. Its US broadcast premiered on PBS’s World Channel as part of the America ReFramed Documentary Series. She received a Humanitarian Award from the SASS Foundation for Medical Research along with New York Governor Andrew Cuomo in recognition for her film’s social impact on the emotional complexities of breast cancer. She is the Founder and Creator of the Peace Pod Project, a multi-media, multi-platform VR/AR/MR dedicated space for facilitating peace and reconciliation between 2 people.  She has directed and produced co-productions in China since 2005 and most recently, serving as the studio executive for Roger Corman's first co-productions.

Casper’s work has been screened on the international film festival circuit.  In the US, her work has been broadcast on PBS, the Independent Film Channel, Syfy Channel and as part of Tribeca Film Institute’s curated Reframe Collection. She is a two time winner of the Alfred P. Sloan Foundation Screenwriting Grants; a New York State Council on the Arts Grantee; a Creative Capital Artist Summer Institute Fellow; Sloan Fellow at the Hampton’s International Film Festival Screenwriter’s Lab; a nominee for the Directors Guild of America’s Best Student Film; the winner of the Special Jury Award of the Golden Horse at the Taipei Film Festival; as well as a frequent panelist and moderator for film conferences ranging from science in film, diversity in film, to co-productions with China.

Prior to receiving her MFA in Film Directing from NYU, Tisch School of the Arts, Casper was Senior Attorney for IBM General Counsel in Silicon Valley, specializing in international intellectual property and antitrust law. Casper also holds a J.D. from New York Law School, and is the first woman to receive a B.S. in Bio-medical Engineering from Columbia University. She had been counsel for the IBM's corporate diversity initiative, is the Founder and Chair of Asian American Women Media Makers, and is currently on the Board of Directors at New York Women in Film and Television, leading the Innovation and Tech Initiative.
Posted by Unknown at 6:07 AM